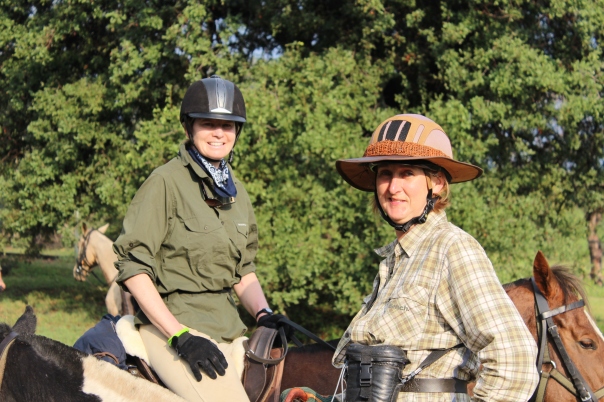 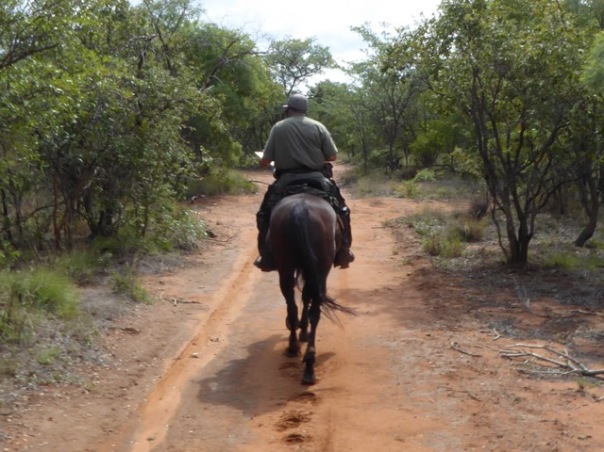 and set off into Kwalata game reserve with a map drawn on a piece of cardboard. As we rode into Lapalala Wilderness Ant warned us that if a black rhino charged and we found ourselves on the ground we should either get behind a tree or roll onto our back and kick it in self-defense.

We were venturing into truly wild remote country with diverse challenges that included walking the horses down a rocky track for a couple of kilometers passing middens that marked the black rhino territory.  The dung itself had quite an attractive smell.

We were probably making too much noise to get close to wildlife but saw giraffe wildebeest, impala and a terrapin. 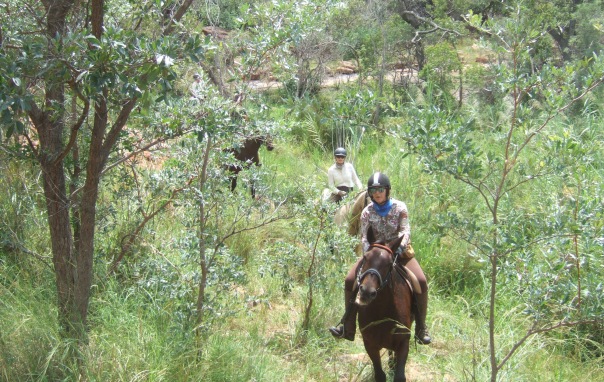 After nearly five hours in the saddle we were hugely relieved and deeply grateful to find lunch being cooked for us by the Palala River, along with chairs and a table.

The intrepid went off in search of hippo. We had been told there were also crocodile around. 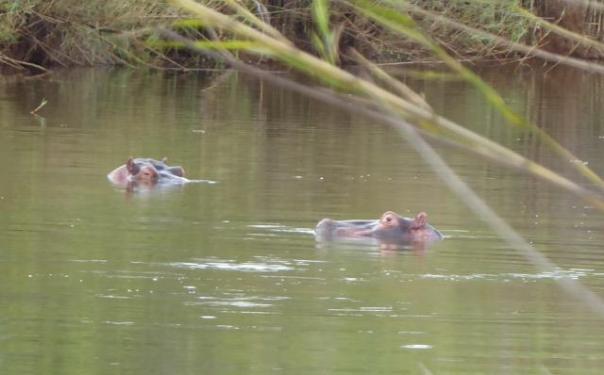 We found the horses had been saddled up and rode on through Lapalala,

beyond the airstrip where the horses were to spend the night.

Here we found a black rhino in one of the game bomas and felt rather glad that he was safely behind a sturdy fence.