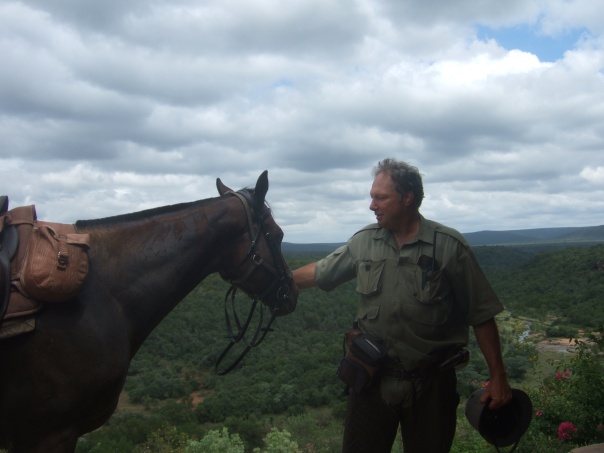 As the weather was relatively cool, Anthony Baber decided to ride north up to the Jembisa wetlands in the morning.

This entailed a bit of hard exercise as we walked up a stony hill past an old Iron Age fort.

It was worth it to reach a view point that enabled us to look down over the Palala River Valley and the way we’d come. 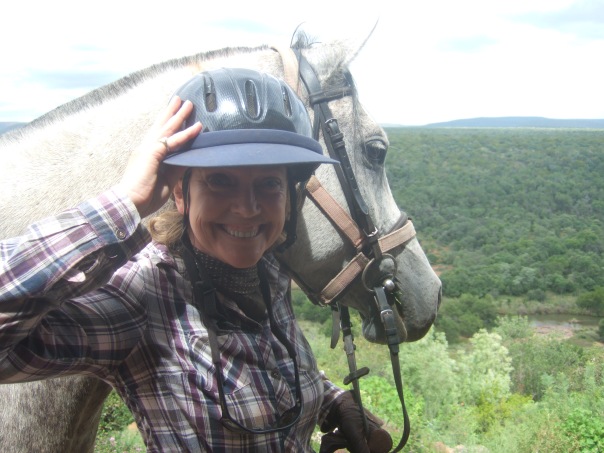 We saw wildebeest, zebra, impala and blesbok along with interesting birds

and returned to the lodge where Tess Baber and Kelly of Save the Wwaterberg Rhino Trust joined us for lunch outside.

That afternoon we rode fast alongside the airfield on Jembisa and along winding tracks through seringa woodland in the low evening light. 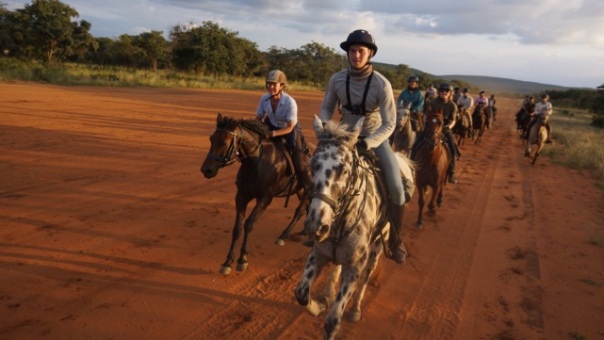 We saw red heartebeest on our way to a view point where the staff of Jembisa had champagne waiting for us to celebrate the fact that riders had covered more than 175kms.

We rode the last 5kms back under dark skies and bid farewell to our gallant horses who were trucked home, two by two.