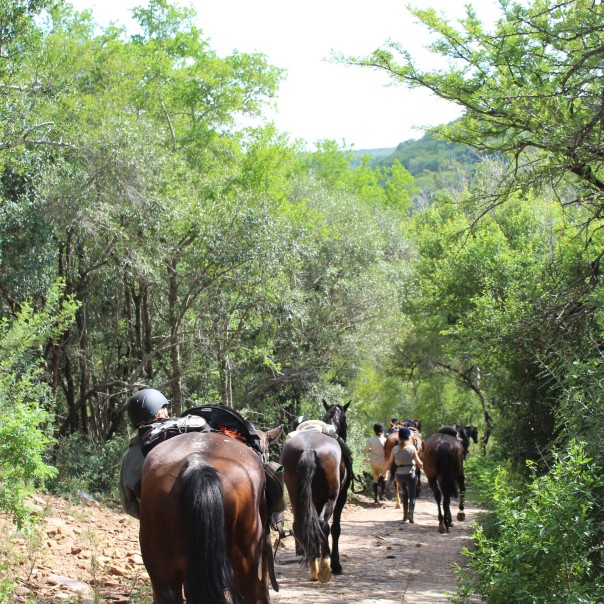 After walking the horses down a steep track on Jembisa game reserve, we finally made it to the Palala River. It’s normally too deep to cross on a horse but the drought of 2017 resulted in unusually low water.

The rocks looked slippery but Ant Baber decided we could walk across.

As we made our way the Rooisloot valley we came across interesting plants such as this Transvaal gardenia. 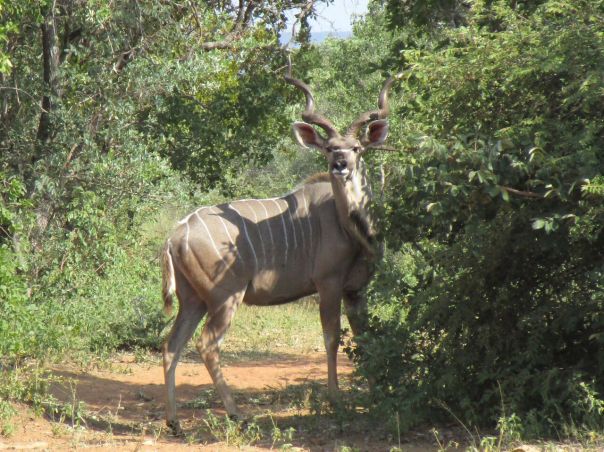 The aim was to ride up to the wetlands at the very north of the reserve. 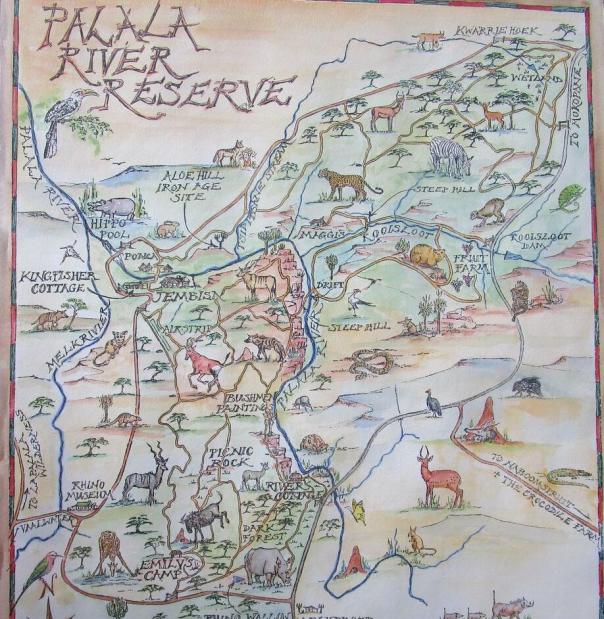 We had entered at the gate just south of Emily’s Camp. Today we reached Kwarriehoek near the road to Makopane, which you can see at the top right-hand corner of this map.

It was good to have reached the open grasslands after having spent six days in the saddle.

Mission accomplished. We could ride no further north.

A highlight of the day was lunch at a house on the game reserve which has a pool with an incredible view, looking north down the Palala River Valley towards Lapalala Wilderness where we had been the evening before. 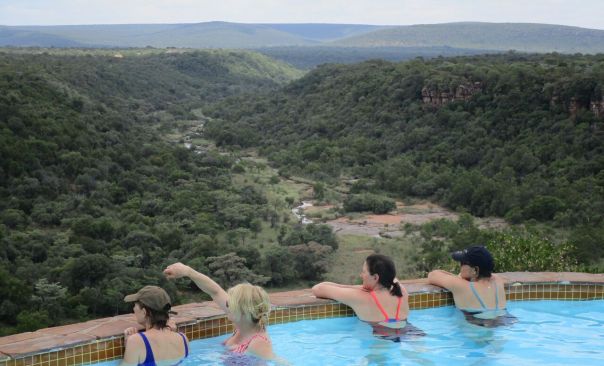 We mounted the horses and crossed back over the Palala, which flows north into the Limpopo on the South African border with Zimbabwe.

Without pausing to remove our helmets, we dismounted and climbed up the steep cart track in our hot clothes. The horses were fine but it was hard on the riders.

Once we reached the plateau, it wasn’t long before we were met by the back-up team.

They had brought us champagne to celebrate the end of the challenge ride.

Everyone was tired, but happy, if a little dazed.

No one had fallen off. There had been no injuries or mis-haps. The horses were still in good condition. We had explored a new route, which had proved varied and exciting. Ant Baber decided the ride had been a success.

We had come so far and seen so much. The experience had challenged and extended each one of us.. 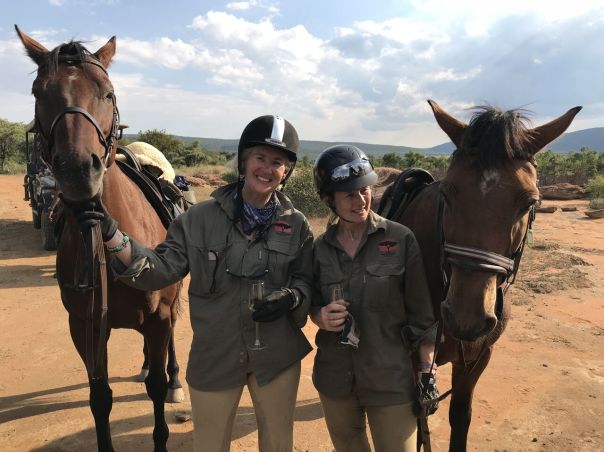 We climbed back into the saddle and had a cheer from the team from Newbury, before making our way back to the lodge.

The riders enjoyed one last exciting gallop before bidding farewell to the horses, who had all done so well. We’d covered 187 kilometres in total – 197kms if you counted the ride before the official trek began six days before.

Very many thanks to all our sponsors and donors who encouraged us on our way. The funds raised will go a long way to help Save The Waterberg Rhino increase security in the area and will support community projects run by trusted charitable organisations that uplift the emerging generation by providing education or healthcare.